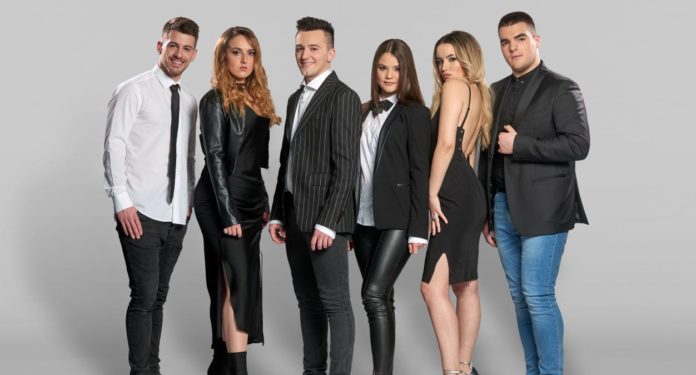 Montenegro is one of the least successful of Eurovision nations. In 10 attempts they’ve only twice graced the final, and never better than 13th. Until last year it seemed their only chance at qualifying was with a traditional Balkan ballad, but even that approach failed them in Lisbon. Time for a new direction, clearly.

This, however, is not it.

D-mol are a six-piece ensemble of some of 2019’s youngest competitors, from 16 to early 20s. How in the hell they’ve managed to straddle themselves with the most old-fashioned piece of guff in the show is beyond me.

I snorted when I saw them in the national final, lined up on plinths of varying sizes against a five-lined backdrop, making human crotchets on a giant musical stave. It’s so ridiculous I kind of want them to recreate it at Eurovision, just for the giggle. It would be the only highlight I can imagine with this, which is surely going nowhere beyond the Tuesday night.