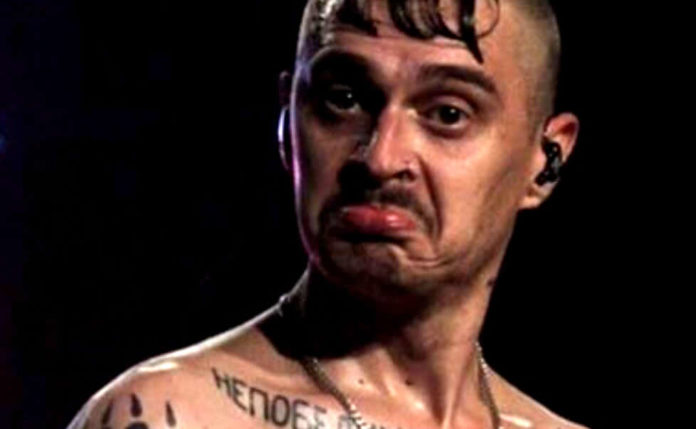 The lead singer of Little Big – the group representing Russia at this year’s Eurovision Song Contest – faces a backlash after video of anti-gay ‘jokes’ surfaced online.

In YouTube footage, Ilya Prusikin visits Brussels for gay pride and makes homophobic observations – supposedly in the guise of a small-minded tourist. Fans of the pop-punk group insist the film is a ‘tongue in cheek’ parody and that his words should not be taken seriously.

Prusikin admires a rainbow flag and fakes surprise at learning of its connection to gay culture. Later, he labels a pride parade an insult against heterosexual rights, refers to revelers as faggots and remarks on the ‘strong smell of lube’.