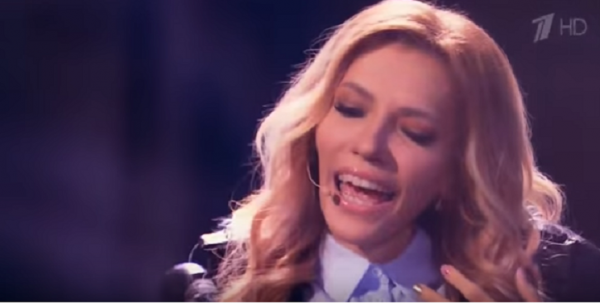 Rumour had it Russia planned to sit out Eurovision 2017 – and then, on the eve of an organiser’s meeting in Ukraine, Channel One Russia announced details of both song and performer.

Julia Samoylova will represent the country in Kiev with the song ‘Flame is burning’.

Yulia/Julia has been using a wheelchair since childhood. In 2013, she won second place in a TV talent show. She took part in the opening ceremony of the 2014 Paralympic Winter Games in Russia’s Sochi with the song ‘Together’.

It’s the second time we’ll see a performer in a wheelchair – last time was 2015 when Poland sent Monika Kuczynska.

How does it sound?

For a country that invariably scores high at Eurovision, the song revealed yesterday evening is far from vintage. It’s a charmless slice of saccharine schmaltz – the sort of thing that might raise objections from even the most wide-eyed Junior Eurovision hopeful.

In the only video available, Julia struggles with English. Whoever taught her the words must have done it phonetically. She comes across like someone who doesn’t understand any of what she’s singing. It also has the effect of lending her a pronounced lisp – something not evident on her other (stronger) online performances.

It’s almost like Channel One has opted to tread water this year. By ignoring internal pressures to sit out 2017, we don’t get to call them bad sports, but the Russian music scene is capable of much more. Its Eurovision reputation is of a diverse nation that sends some of the most commercial and interesting songs.

‘Flame is burning’ feels rushed, last-minute and it smacks of not trying.

That said, Russia tends to over achieve, and Julia will perform in the weaker of two semi finals, where she can (at least) be sure of twelve from Belarus.

Until the announcement, there had been calls for a boycott from outspoken Kremlin-loyal lawmakers Iosif Kobzon and Vitaly Milonov, as well as from previously pro-Eurovision Filipp Kirkorov. The Kremlin did not formally join the calls, but said it believed there could be security problems for Russians in Ukraine.

Russia seized Ukraine’s Crimea Peninsula in 2014 and has backed separatists in eastern Ukraine in a conflict that has killed more than 9,750.

Russian state TV, meanwhile, has painted a frightening picture claiming that ethnic Russians face persecution in Ukraine, a portrayal Kiev and its Western allies have denounced as propaganda.

The announcement met with mixed reactions in the land of fan, and many sounded a note of cynicism. In recent years, Russian foreign policy has seen performers walk on to audience booing.

Given the level of ill feeling between Russia and Ukraine, this was almost certainly on the cards for Kiev.

A skillful PR team would make light work of turning around the ugly spectacle of hostile crowds reacting to a girl in a wheelchair and make it reflect badly on the host nation.

And don’t forget, the organisers came up with the 2017 tagline … about celebrating diversity. The EBU now needs to protect such ideals. They need to treat them as more than marketing spiel. Already the official contest website is loaded with abusive below-the-line comments. There needs to be stronger leadership to weather what should be a very minor storm.

All told, this looks set to produce an interesting three minutes of Eurovision history come May.