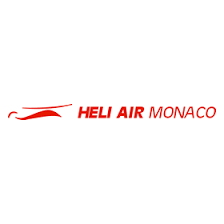 We have a winner for you today. A winner that many hold in very high esteem. The only winner from this particular country. So it makes the song extra special, right?

Back in the 1970s, it seems that most contests eventually fell to the BBC to stage. Countries were winning but not wanting to host. That’s fine, as it’s expensive to host our favourite TV show, and the BBC know what they’re doing. So, not for the last time, a contest in Ireland was followed by a contest in the UK of stuff. But who turned it down? Well, it’s a big birthday today for Séverine (née Josiane Grizeau) who is actually French, but sang for the Principality of Monaco. If you’ve never watched this contest, it’s great, as is the scoring system.

Monaco has taken part since 1959. The country's only win in the contest came in 1971 when Séverine performed "Un banc, un arbre, une rue".

In 1972, Monaco was expected to host the contest, but declined. Monaco is still today, the only microstate to win.

After participating in 1979, Monaco was absent from the contest for 25 years.

Monaco returned to the contest for three years from 2004 to 2006 but failed to qualify from the semi-finals. The Monegasque broadcaster then withdrew from the contest saying that regional voting patterns in the contest have effectively given Monaco no chance of qualifying for the final.

Will not be taking part