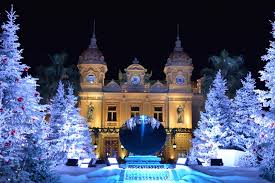 OK, so sometimes we pick several songs that are from the 2010s. So it follows that from time to time we’ll pick two consecutive songs from the 1960s. See, it wasn’t that bad a decade after all.

We must remember that the legendary Serge Gainsbourg occasionally sent songs to our favourite TV show. In 1965, his god-daughter only went and won the thing. And in 1990 his ode to racial harmony finished second to our favourite Italian host. But in 1967 his songwriting skills didn’t do quite as well. He sent today’s birthday girl Minouche Barelli. French but representing Monaco, she only managed fifth place. Sadly she died in 2004, but she’d done the right thing and become a Monegasque citizen two years earlier.

Minouche would have been 70 today.

Monaco has taken part since 1959. The country's only win in the contest came in 1971 when Séverine performed "Un banc, un arbre, une rue".

In 1972, Monaco was expected to host the contest, but declined. Monaco is still today, the only microstate to win.

After participating in 1979, Monaco was absent from the contest for 25 years.

Monaco returned to the contest for three years from 2004 to 2006 but failed to qualify from the semi-finals. The Monegasque broadcaster then withdrew from the contest saying that regional voting patterns in the contest have effectively given Monaco no chance of qualifying for the final.

Will not be taking part