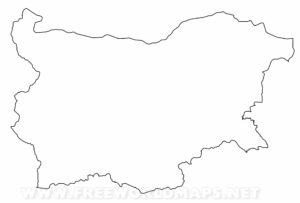 It’s neither. Now we’re firmly established in the 21st Century, we will get more and more singers born after 1 January 2000. But today’s birthday boy Кристиан Костов/Kristian Kostov was the first. Other singers were close, but no-one can take this noteworthy record away from him. In 2017, he made his way to Kyiv and only went and finished as runner-up. He easily won his semi-final, and would have won the Grand Final in any other year, if it weren’t for a certain Portuguese who beat him – the only person ever to score more points than young Kristian. He even scored from every televote but just missed out from three juries. That’s quite a record. It just goes to show that anyone can almost win, however old (or young) you are.

Bulgaria has participated in the Eurovision Song Contest since the 2005 contest in Kiev with one year off in 2019. The country’s best result to date was a runner-up position for Kristian Kostov with yawnfest “Beautiful Mess” in 2017.

Bulgaria had failed to qualify for the final in eight out of ten appearances at the contest, most narrowly in 2012, when Sofi Marinova lost out on the 10th qualifying place from the second semi-final in a tie-break with Norway.

Prior to 2016, Bulgaria’s only entry to reach the final was Elitsa & Stoyan, who finished fifth in 2007.