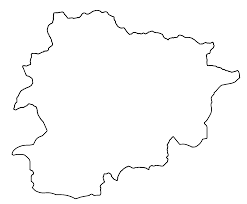 You have to admire the smaller members of our Eurovision family. They must have something, as they usually conscript performers who don’t even come from those countries. That’s some pulling power.

However, back in 2004 our friends in Andorra débuted and actually picked a native of their own country. Just to prove Andorrans can sing and perform in front of a live audience that would be over half the population of its capital. And it was the first time we’d heard Catalan on a Eurovision stage. What a time to be alive. Some of us hoped we’d hear Catalan sung on a Grand Final stage but it was not to be. Our Marta got 12 points from one country. Can you guess which country that was?

Andorra has participated in the Eurovision Song Contest since the 2004 contest.

Interest in the contest had been great for a long time, despite the local Andorran broadcaster, Ràdio i Televisió d'Andorra (RTVA), not showing the contest until recent years (citizens could watch it on Spanish and French stations). A majority of the songs have so far been sung in Catalan, the national language of Andorra.

As of 2017, Andorra is the only country to have participated in the contest and never to have featured in the final.

Ràdio i Televisió d’Andorra (RTVA) has now confirmed it won’t be joining the 2022 contest, contrary to earlier rumours.