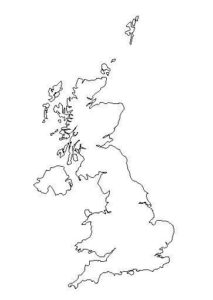 It’s monochrome Tuesday here, so suspend your disappointment in the lack of colour, and concentrate on the song. A song that won. And was the first song in the now all-pervasive English language to win.

Picture the scene. A certain country had participated nine times before that fateful night in Vienna. They’d been runners-up five times. That’s some record in itself. Then along comes Sandie Shaw (née Sandra Ann Goodrich) and only goes and win the thing. She got double the score of second place – also in English – and made Number One in ten countries. Wouldn’t today’s winners kill for a track record like that? Or a set like the one Sandie performed in front of?