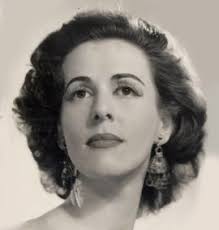 Today we go back a few years. Yes, definitely quite a few years. After all, it would be a dull old thing if I just picked 21st Century songs. And if you don’t know any songs from the last century/millennium, give them a try.

This song is well and truly 20th Century. The 1960s in fact. When Luxembourg (remember them) won for the first time. The UK of stuff came second. Again. But today’s birthday girl Greetje Kauffeld represented Netherlands, The, and didn’t quite have the luck of Jean-Claude Pascal or The Allisons. She managed 10th. Still, she’s a still a hit maker today. I don’t know about you though, but Dutch sounds a filthy language to me.

AVROTROS is looking for:

“An entry with preferably a contemporary, but in any case authentic sound. A song that is able to survive in a competition. By a Dutch artist who can and wants to present a personal song in a distinctive way, in any genre, and if possible a personal story.”

The submission deadline is 31 August 2021. The selection will be made internally.