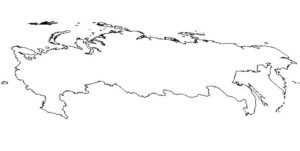 There’s often an air of inevitability about some results. Certain countries will do badly. A country on the Baltic Sea often does well.

And then there’s a certain very large country that straddles Europe and Asia. Our friends in Russia seem to know – generally – what works in a 21st Century contest. Year after year we can never totally write off their chances of victory. In the contests since 2000, they’ve had nine top three finishes. That last runner-up spot was from today’s birthday girl Поли́на Серге́евна Гага́рина/Polina Sergeyevna Gagarina. Her big old ballad with all the right bells and whistles. If she wasn’t up against a certain Mans Sell-me-love, it’s obvious that we would have been in Sochi in 2016.

6 May – Wait until the rainbow ends

4 May – Day after day, I go through the motions