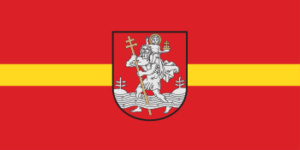 I expect that today’s article title might have already given away which song I’ve chosen. But bear with me. It’s not often that you get a song with the word thrush in it. Unless it’s a jingle for an advert for some medical products I guess. And when a bird is mentioned, it’s usually something more showy, like a bluebird or a phoenix.

Today’s birthday girl Aistė Smilgevičiūtė takes the biscuit for surnames, although it’s only because she was a single female when she sang in 1999. She had the dubious honour of singing the first song in Jerusalem, some five hours after that contest had kicked off. And she was bound to do better than her country’s only previous entrant, wasn’t she? Obviously she did, getting Lithuania’s first 13 points (including five from Cyprus). What surprised me was her country’s votes giving 12 point to Ireland. What scamps they were.