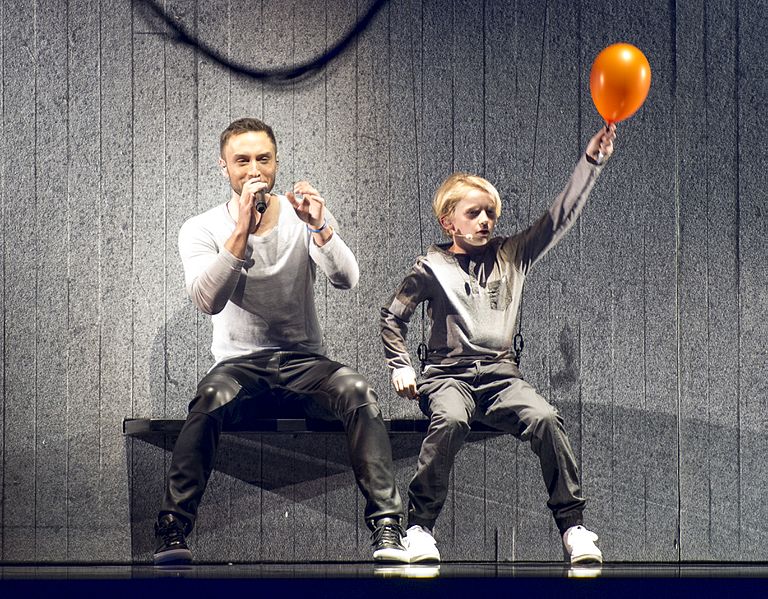 I may have left it a little late, but it’s that time of year where I take a look at all the songs competing in this year’s Eurovision Song Contest and tell you why they don’t stand a cat in hell’s chance of valiantly taking the big glass microphone back to their home nation in hand luggage. But this year it looks like, more than ever, none of them actually want to win the thing. I blame My Lovely Horse. Last year’s list was much funnier…

Finland
Because just as the show starts, a laddie down the front will collapse with a fit of the vapours and over excitement, and as a professional nurse, Sandhja will be the only one qualified to assist, hence missing her allotted singing slot. Look, you might know kung fu, ma’am, but them’s the rules.

Greece
Because that stage really doesn’t look strong enough to stand up to all that stamping about. I hope they’ve put something soft underneath it to break their fall. Lucky Sandhja will still have her health tools out attending to that other chap from before.

Moldova
Because Who See want their spaceman back.

Hungary
Because in an attempt to recreate that viral video of him playing a Hungarian pool party, Freddie flooded the dancefloor with two million gallons of spa water. Sadly no one told the stage crew or the first fifty rows. Well, water and electricity and all that…

Croatia
Is there a song underneath that outfit somewhere?

Netherlands
Because Hovi Star decided to take his beef indoors and storm the stage during Douwe’s performance. It all got terribly terse as guitars were swung and punches were flung. Actually, to be fair I’d probably give that more votes than the turgid pub snoozer the Dutch have actually given us.

Armenia
Have you ever seen the film Scanners? Well, that big noisy build up at the start is so intense that the heads of the people in the moshpit down the front start exploding one by one as the crescendo rises, leaving nothing but a sorry mess on brain mince on Iveta’s stage pants before she gets to the singing bit.

San Marino
Because Hervé Villechaize called him back to Fantasy Island just before kick off.

Russia
Because the line ‘Thunder and lightning, it’s getting exciting’ is a crime punishable by law in at least sixteen of the competing countries.

Czecha
Because after all that name changing business, Chechnya actually end up finishing fifth as Europe gets a little confused about who they’re actually voting for.

Cyprus
Too schlager for the rockists, too rocky for the schlagerists,

Austria
Because right at the last minute they decide to go back to the walking travelator gag, and her voluminous skirts get caught in the workings and she does a Ronnie Corbett, smashing her lovely face into the stage floor as she falls. Is Sandja still about?

Estonia
How does this one go again?

Azerbaijan
An Azeri song that doesn’t have lions and giraffes zooming about in flying space cars surely suggests that they’re not trying to win this term.

Montenegro
Because it’s just too damn cool, that’s why.

Iceland
That big shadowy hand’s going to grab her one of these days.

Bosnia and Herzegovina
One song at a time please…

Latvia
Because when the EBU plug an edgy and esoteric song in the opening slot in its semi, they clearly don’t want it to win.

Poland
Waiting in the wings, Margaret and Edyta lurk, tooled up, waiting for their chance…

Israel
Everyone thought Douwe Bob had been carted away by the rozzers. But Hovi didn’t know that he’d escaped from the van, and had made his way to Globen to exact a terrible revenge…

Belarus
Because that wolf got just a little too curious about Ivan’s private parts… (And also because that baby at the end scared the living bejabers out of an entire continent!)

Serbia
Because in this day and age it’s still possible to annunciate a song to death.

Ireland
Because even a residual fanbase of millions of nans across the voting world can’t save this apologetic little amble.

Macedonia
Because half of Europe will think she’s singing about kebabs, and the other half about donuts, and as one being they’ll all pop off to the fridge for a snack.

Lithuania
Come on, that trampoline business is destined to go wrong. Even Sandja’s come in on her day off to sit on standby at the side of the stage.

Australia
Because this joke isn’t funny any more.

Slovenia
Because Taylor Swift what’s her song back. And her hair. And most of her face.

Bulgaria
Because Barei has really got the hump that Poli’s knicked her dance and is doing it much better. She may only be tiny, but boy she can land a left hook. My this is a violent year – I thought they were all supposed to love each other.

Romania
No actually, I’ve got a feeling in my water that this might just win…

Denmark
When even the band themselves don’t look interested in their song, why should we go to the trouble of mustering energy to care about it.

Ukraine
Well, it’s hardly a barrel of laughs, is it.

Norway
Because her apparent swine flu has made her all contagious again, and fearing a pan continental outbreak akin to the one at the end of the First World War, she’s been locked in a secure cupboard at Stockholm General Infirmary all week. Well, have you seen her about anywhere?

Georgia
Come on, can anyone ever convincingly mime pedal twiddling and still come out looking credible?

Albania
Albania are in it this year you say? Nope, it doesn’t ring any immediate bells.

Belgium
Isn’t it their turn to be shit again this year?

Sweden
Because winner never – or at least, hardly ever – stays on.

France
Because people will accidentally vote for Frans instead.

Germany
I’m running out of steam here and can’t think of anything funny to say about this one, despite her unfeasible headwear. However sweet this one is, you just know she’s not coming within a mile of the top ten.

United Kingdom
Apparently this is the point that almost everyone British on Facebook is legally bound to say something xenophobic about wars and political voting and all that guff. Well, there is a Brexit vote on after all.

See, I told you nobody was going to win. You believe me now!

Ahhhh… This is hilarious. I am back to reading OnEurope. I had a most hysterical laugh on Hungary, Azerbaijan and Norway (bless the poor girl though)