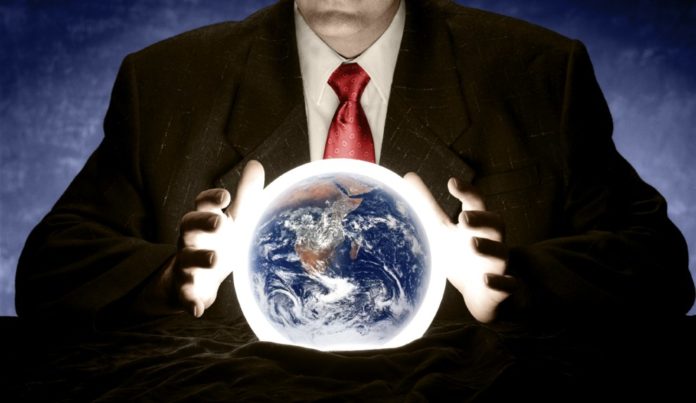 Well, what about that incredibly surprising thing that happened last night eh? Hahaha, I certainly didn’t see THAT coming!!!

Umm Nick, are you trying to pretend that you wrote this after the 1st semifinal?

Anyway, Semi 2 is going to be the easier one to predict because there are more songs so I can use bigger ranges! I think that’s how it works. Let’s dive in.

FINLAND – Once upon a time, there was a man called Flo-Rida, and the good people-children of Europe did say “What on earth’s he doing in Eurovision?”, and then lo they did say “Oh, that’s what he’s doing in Eurovision. Oh dear.” and did vote for somebody else instead. All the same, enough people voted for him to get him through the equivalent of this bit, and I can’t quite be certain that The Rasmus aren’t on the same trajectory. 6th to 15th because there are still people who think that voting for the rock fellers is somehow “subverting the contest”.

ISRAEL – Michael has risen to stardom very quickly and I worry that it may have gone to his head a teensy bit. He knows how good he is, the rest of us are going to be left to work it out for ourselves and we may not align in our opinions. It’s a very typical Israeli entry of this era and he delivers it well enough but my boat remains unfloated. Going on second could be the lead weight that sinks it. 8th to 16th

SERBIA – I’m not at all sure what Konstrakta’s message is, and what I think it might be I’m not at all sure that I agree with, but it’s a really compelling performance. I have no arguments with a composition that starts with Latin being chanted backwards and then starts to get weird. Sailing through on Thursday (though not as winner, from this slot), and I’ve had a cheeky each way on it for the big show on Saturday. 3rd to 5th

GEORGIA ­– Just occasionally, Georgia puts on a face and pretends to inhabit the same musical universe as the rest of the world. This is not one of those years. I’m delighted it’s there to be challenging, but the substance is wafer-thin and the style is more likely to make people leap out of their chairs and shout “Yeah, not that one”. 15th to 18th

MALTA – My first reaction when I heard this was “Why????”. The second was: “What does this sort of sound like why is it familiar?” The third was “Emma Muscat wasn’t born when Zeitia Massiah did the UK national final in 1996 so logically it shouldn’t be that”. The fourth was: “I don’t suppose too many people would have heard that song, would they, Dougal?” and really for me it’s all just fallen apart from there and I couldn’t get it back. Honestly, it’s probably normal enough and competent enough to stick around for Saturday, but really what on earth is it for? 7th to 12th

SAN MARINO – Can you coat an absolutely terrible song sung horrifically badly with so much style and charisma that it doesn’t matter? I have a Mr Serhat on the line who says “Yes, yes you can”. I really don’t need this in the slightest, but Saturday night needs this and it will have it. 3rd to 6th

We’ll take a brief pause after San Marino because Mr Phil has just read back what I’ve written so far and he – MR PHIL – thinks I seem to be in a bit of a grump. Which may well signal that I’m in a bit of a grump. I shall go for a walk, stop to smell the roses, and return refreshed and full of the joys of a spring afternoon in beautiful East Anglia.

Well that was rubbish. I’ve seen more beautiful scenery in a Biffa. What’s next up?

AUSTRALIA – Oh. Oh running order, why do you mock me so? Sheldon’s throwing an awful lot of visuals and sixth-form play emotion at this to hide the fact that really it’s three minutes of him explaining in considerable depth that he’s not the same. My dude, I was rubbish in second form rugby, but I don’t keep banging on about the stupid ball, it’s not even the right shape, and why don’t you just LET ME GO INSIDE AND DO GRAPHS I’M ACTUALLY GOOD AT THAT. No sir, all those physical and mental scars from 40 years ago have long since healed, GARETH.

…oh yeah, Australia. Probably doing that standard Australia thing of doing too well with the juries and not well enough with the televoters and just making us start to get a bit nervous on Saturday. 6th to 10th  here because something has to be.

CYPRUS – They’ve tried to write a million other songs. It’s not lovely enough to be lovely, it’s not bold enough to be bold, it doesn’t bang enough to bang. It needs more whatever it is that it’s trying to be. Eurovision in a blender, I think. 8th to 14th ish? No idea.

IRELAND – OK, my musical taste has clearly been demolished by what’s come before because this actually sounds urgent and necessary at this point. Maybe I’m just biased from living in the North Sea Archipelago as it’s a very inexpensive looking performance really. My head’s still saying no, but it’s not the definitive no I thought it would be. 9th to 18th

NORTH MACEDONIA – Umm. It’s a bit dull, no? Where the heck does “a bit dull” land in this line-up? I note that so far I’ve slated absolutely EVERYTHING and so far I’ve only got Georgia definitively not qualifying. 7th to 18th

ESTONIA – I arrived in Turin not really rating this. No, not true, I didn’t arrive in Turin. But if I had, I would have arrived in Turin not really rating this. I still think that a potentially good idea disintegrates into 754 repetitions of the phrase “I hope” and it hurts it, but it’s one of the few things in this semi with a clear artistic vision and honestly that could be enough for podium in this bit. 3rd to 6th

ROMANIA – If I tried to do ‘Not The Same’ on karaoke but then changed my mind and tried to do ‘Ela’ instead, but I didn’t really know how ‘Ela’ went, it wouldn’t sound EXACTLY like ‘Llamame’, but some people would be suspicious that it sounded a bit plagiaty. If I tried to dance like this, however, several people would end up in hospital, including myself. Might qualify because seemingly they’re all going to. 8th to 18th

I’m going to take another brief break now because I just remembered a Prontaprint advert from the 1980s and THAT was damn catchy. Ohhhhhh prontaprint it, prontaprint it – get it to prontaprint!

POLAND – Oh, finally! Something that’s definitively going to do well! Ochman’s clearly trying to win the 2019 contest, and I usually dock points for that, but this is absolutely fine. Top 4 in this bit without a question. 1st to 4th

MONTENEGRO – Another one with some artistic vision. Yeah, I want this one in the final. What’s Montenegro’s best ever finish? Only two finals and a high score of 63 in a semifinal? Let’s CHANGE that, Europe. 5th to 10th

BELGIUM – There’s always a male soul ballad around Eurovision, and lately it’s usually been Sweden. Jeremie does a decent sales pitch on it, and I sense that just like those recent Swedish entries it will find some jury love.  Not a 100% lock for the final, but I think he’ll be there. 5th to 12th

SWEDEN – A couple of weeks ago, one of the Twitterati was asking people for their cancellable takes on this year’s contest. Well – here’s mine. The staging of ‘Hold Me Closer’ leaves me COMPLETELY cold. There’s a big green circle. Oh now it’s white. Oh now it’s red. Well that’s very circular. How interesting.

My OTHER cancellable take, because I may as well be cancelled for a sheep as for a goat, is that this is literally the same song that Johnny Logan won with in 1987. I guess 35 years is a long enough gap between instances of “Oh noes we are breaking up but let us have long slow nanana to make this night short and memorable” though. I SUPPOSE.

It’s going to do really really well, and may well win the semifinal, but it had a lot of room to be better still and that annoys me. 1st to 3rd

CZECH REPUBLIC – I always enjoy this when it’s on and then instantly forget it exists. Being performed last people will only barely have enough time to completely forget about it before the voting lines open. Will accordingly qualify from the semifinal in 8th place, be slated to perform 2nd in the grand final immediately after Moldova, and will finish 24th with 17 points. 8th

Honestly, my apologies to all involved – I feel sort of obligated to publish this now I’ve written it, I didn’t realise I have such a downer on so many of the songs this year, and I hope those who’ve taken a pummelling here (nearly all of them) will take it in good part. I’m only one person, I’m not the person most of them are trying to appeal to, and that is ABSOLUTELY OK.

Qualifiers based on this would be: SWEDEN, POLAND, SERBIA, ESTONIA, SAN MARINO, BELGIUM, CZECH REPUBLIC, AUSTRALIA, MONTENEGRO, AZERBAIJAN but really it could be anybody.