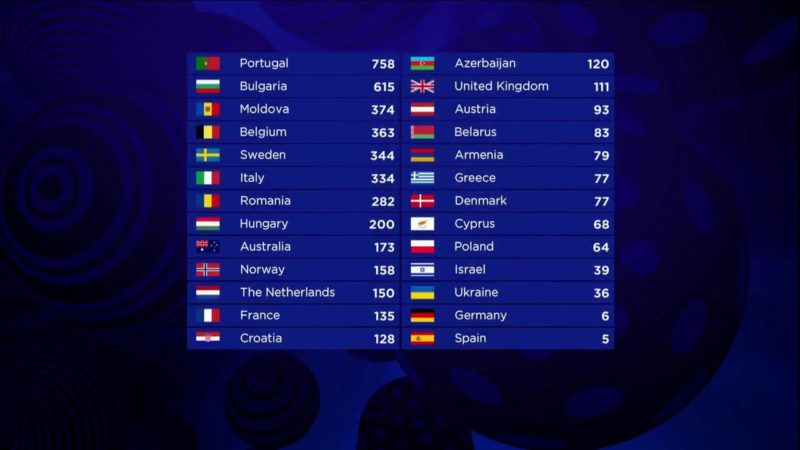 Just a short one to keep you all on your toes!

Getting there, like British Rail all those years ago. Still having issues with the televoting public, but nailing those juries. Suspect that the tack needs to be on the same lines but a bit more… down with the kids in order to get the televote as well. Promising though.

She opened the cupboard and let her Skeletons out – but not the voters in. I don’t think they liked it or they were probably scared by the horse head man, or by her silly scribbling. I think it was too high concept for the normals and experts.

Or f**king Croatia as this song was christened at the very moment that it qualified. What on earth were people on when they voted this through? Ironic or serious, it’s a pile of toss, and we’re lucky it didn’t get more mentalists voting for it.

Quick tip – the delegation were on our flight home… in Scum class, whilst me and a colleague were “living it up” in Business. Sort of sums up the song in many ways. It had so much going for it that it should have been at the business end of the results airplane, but ended up finishing behind the curtain because the song had to be downgraded. The shoehorned in English killed it.

Clearly the juries were sympathetic to a song harking back to the 90’s, and fell for the back story. The televoters saw it as a bit shit (which, frankly when you take the story away, it is) and hardly cared for it.

There is an argument that this song has been underscored.  Personally I think it’s been overrated. Yes it’s a good proper rock-pop tune sung decently, but overall I think that it didn’t have the oomph to do any  more business than this.