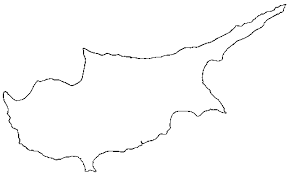 We have a false flagger today. Now that term can sometimes be derogatory, but it doesn’t need to be. Each broadcaster can make any rules they want, within reason. So if they want someone not from their country, fair enough.

Today’s birthday boy Jon Lilygreen made no secret of the fact he was from the UK of stuff (specifically Wales). His song was composed by Cypriots and the contest is, after all, a songwriter’s contest, not just a performer’s one. There was even a Cypriot on stage with Jon, so you can’t say it was non-Cypriot. Jon and his pals apparently went to Oslo for the experience, with the song contest as secondary. They got through the semi-final, and finished 21st in the big Saturday night show. He got a maximum (no guesses where), but nothing from his home country. How dare they. Don’t worry Jon, I’m sure plenty of UK’ers like you.

Cyprus has participated in the Eurovision Song Contest 38 times since making its debut in 1981. Cyprus’ first entry was the group Island, who finished sixth.

The country’s best result in the contest is a second-place finish with Eleni Foureira in 2018.

Between 2006 and 2013, Cyprus failed to qualify from the semi-final round six times, before withdrawing in 2014.

On 14 July 2014, CyBC officially confirmed Cyprus’ return to the contest for 2015, with the country then qualifying for the final every year since 2015.

Andromache will perform ‘Ela’ at the 2022 Eurovision Song Contest when she represents Cyprus.