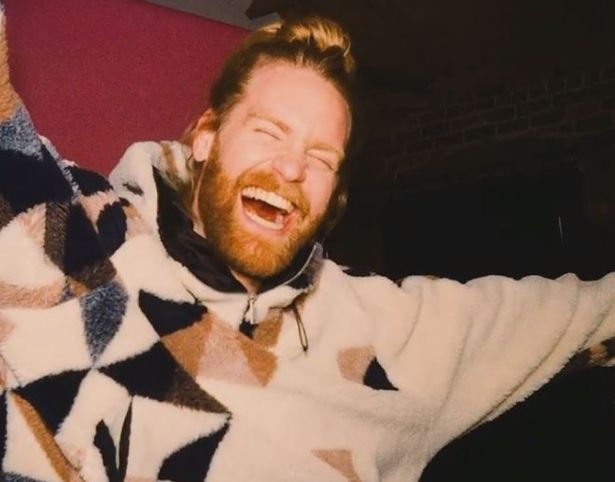 I’m Phil. I’m 44. I’m a long suffering fan of the biggest musical TV event in the world. I even write a moderately successful website and blog with some of my chums, the very same one you are reading now.

I’m also sick. Sick to the back teeth of mainstream media decrying the contest at every opportunity. Sick of people who write with vitriol on twitter that “Its all political” “Everyone hates us” and especially “ People never vote for the UK“ and every year I defend the contest and its very fabric to all and sundry with very little or no help from my broadcaster or its chosen artists who have seemed primed and ready to buy into that narrative and the sub standard songs they have brought.

I sat at my desk, because I haven’t been able to get to Turin because I have had bilateral haemorrhages in my eyes, and I was refused accreditation for on-site, but through the medium of this very website, we had on-line access to a first. A UK artist, without the delegation, bounding onto stage and hugging the moderator.

Twenty minutes later – I was in floods of tears.

Before you read on, click this link and take 20 minutes out of your day to watch this, especially if you are from the UK or from any so-called mainstream media.

He made me cry.

Sam Ryder made me cry.

But why? I hear you ask. Simply put, I have done this oft derided corner of the dusty interwebs for twenty-two long years and I’ve had the constant sniping from “traditional media”, paid journos who say things like “If the UK wins do you want more than 250 words?” (This is an actual true quote) when I’ve just written more than that about a soundcheck. When the thing that I love above all else, next to my family and partner, is derided constantly in the media in the week following the contest, then the same media having Asperger’s syndrome and forget it the following year only to stoke up the cycle again. It’s almost like being in an abusive relationship, the UK fans versus “The Media” – we’re painted as knowing nothing (or mad) and certainly not worth a second thought.

In that 20 minutes on this chilly May evening, Sam Ryder, the UK Entrant for the 66th Eurovision Song Contest, propelled himself to another stratosphere. He said the things I’ve been waiting so long for a UK Participant to say. No, it’s not all about Brexit, he doesn’t believe that. He believes that the negativity has permeated the consciousness of the nation because it’s seeming self fulfilling. He doesn’t care that he might score nothing, or that he won’t win, or that he may never sing again. He’s got 12 million Tiktok followers and was singing in his garden shed for pities sake. He actively *wants* to make his Eurovision Journey mean something and, most of all, he knows that when he faces an audience of several thousand in the Pala Alpitour next Saturday night and 200 million television viewers he’s going to have fans of the contest sitting down and engaging with him.

He *gets* it. He gets that this contest is a massive opportunity. He’s ripped up the pre-prepared musings of other has- been or never-were artists and shoved it right down their throats. I was there when I was told that Jemini had “vocal coaches” shipped in and we finished with 0 and Chris Cromby made a complete arse of himself on a swan pedalo (and I’m not making that up either). I was there when James Newman told everyone his song was a kitchen bop, only to be upstaged by a styrofoam trumpet. I was there when GMTV decided to come to the UK party and interview people and I wouldn’t have a bar of it because I could smell a media set up a mile away.

I was in Kyiv.. the first time round… when some real jounos wondered if they had any food to eat and we were treated like kings and no one else would go. I’ve been in press conferences where the UK Media have tried to get the gotcha answer about the story they wanted to tell and I’ve even been laughed at by BBC delegation members in a taxi in Estonia.

I’m the one laughing now. I’m the one that has, on camera, a twenty minute instructional video as to how to do it right. This has to be a turning point. This has to be the moment where people who are serious about entering this next year, or the year after, are shown this video by TaP Publishing and say: “This, this is how you handle the questions – now go and sing your song”.

You’ve got a good song here BBC, You’ve got a good staging (because I think you’ve not been involved), you’ve got someone who knows how music *and* the contest works. This is the blueprint that we have been trying to tell you about for so so so long and you’ve not listened. Listen hard and don’t fuck it up. Your partnership with TaP has unearthed what we’ve wanted. Don’t let this be a one off, because people like me won’t let you forget this.

What gets me is Scott Mills gushing about changes in attitudes, when his was one of the attitudes which needed changing. He commentary was bearable this year, but you could easily spot the points where he wanted to say something snarky. We (in the UK) still need to hold some of the other country’s songs in higher esteem, so start playing them Scott.

Wow, Mr Phill, so powerful and… personal, thank you for your honesty. It’s great when we get a singer who’s one of our tribe, who’s ‘getting it’ and love our baby – Eurovision. We’re like sentimental parents at our kid’s wedding now, it’s Ok to cry.

I see what you mean, Phil – that sneaky little bugger got me teary as well! He’s so fabulous, speaks honestly, fearlessly and with joy. He really does get it. I hope he nails that song on stage Saturday week, I hope the crowd sings it back at him word for word like with Dami Im in 2016, and I hope his career takes off like the chair in his video… From an Irish Eurovision lover in Australia can I say … go UK!!!