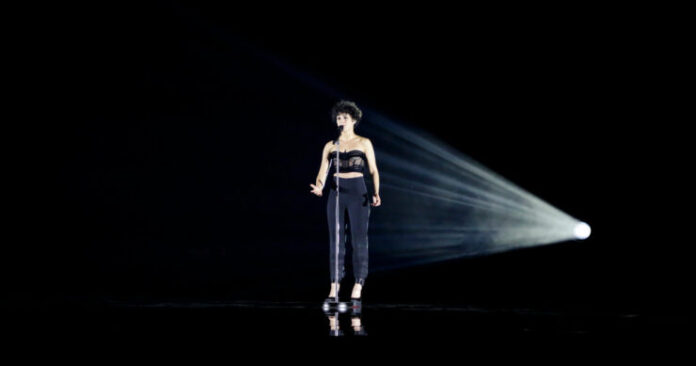 No surprises in the French rehearsal. Barbara is as polished and professional as she was the moment she first stepped onto this stage two days ago. There should be no issues with this on the night. The only question remaining is has Barbara got enough to win?

The bookies seem to think so, or rather those placing bets, as this has risen to the to of the odds. There are many murmurings of Barbara “doing a Salvador”, being a simple song that gains momentum in the days running up to the final.

It’s certainly a beautiful moment, stunningly captured on stage. It would be quite nice continuity too, for the winning songwriter of last year’s Junior Eurovision to be the winning performer in the main version, not to mention a satisfying victory for France after so many years. Though try as I might I still can’t get to the end of the song without it losing me once she starts with the frantic last section. Objectively I have to give her a chance, but my own head says no.