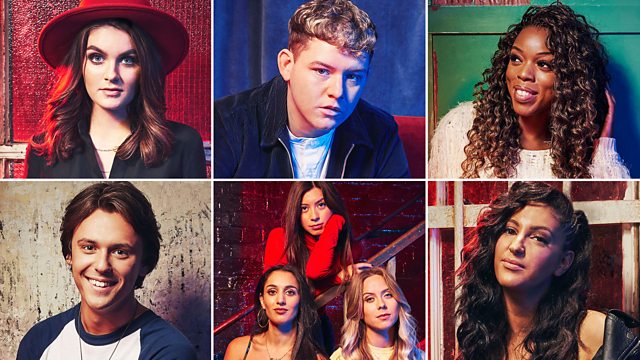 The future of the United Kingdom appears to be guided by a group of middle-aged men with a fragile grip on reality. Enough about Brexit, let’s consider the six acts in the running to represent these sceptered isles at the 2019 Eurovision Song Contest.

The format of Eurovision: You Decide has changed. This year’s shortlisted sextet have been split into pairs, with each pairing performing the same song in contrasting musical styles.

This morning, listeners to Radio 2 had their first taste of a new vintage. ken Bruce played the two versions of ‘Bigger than us’. The remaining songs will air on Thursday and Friday.

The BBC is uploading the (geoblocked) songs here.

Eurovision: You Decide takes place on Friday, 8 February. The show will air live on BBC2 from Salford’s Media City. Your hosts will once again be Mel Giedroyc and Måns Zelmerlöw. Ken Bruce will broadcast live from Salford on the morning of the show, chatting to all six contestants ahead of their performances.

[…] reveal of the six hopeful recordings left a good many of us in Eurovisionia cold. Cold and not a little disappointed. We were left with […]

So, I told you we'd have thoughts. I certainly do - OnEurope

[…] Phil and his ears have been listening away to the six Song for Europe – sorry Eurovision: You Decide entrants for 2019.  Let's see what he has to […]