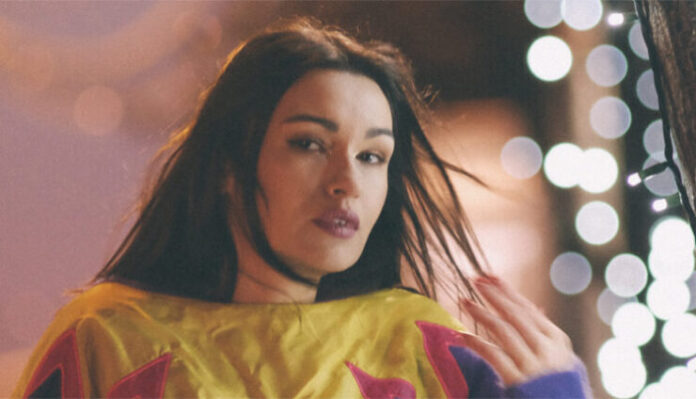 Well RTCG has been teasing the Eurovision firmament with clues as to who their artist was for a couple of days over the Xmas period and now, on 4th January, we know who it’s going to be!

Vladana Vučinić a 35 year old Montenegrin singer/Songwriter of North Macedonian extraction  will take the crown and, presumably, their 12 points as well.  Her Grandfather was the equivalent of Lionel Blair being the president of the Stage Artists union.  Vladana herself is versed in Opera and Music theory, well at least one of those would be handy at the contest.

She’s no stranger to Eurovision either, She has participated in Montevizija back in 2005 when she finished in 18th place, and 2006 when she qualified for the ill fated and ill-tempered Evropesma 2006, where she ended up finishing in 15th place and being the warm-up act for Flamingosi! Not a very storied history then, but RTCG has seen something in her, though apparently she’s not released a single in the last 12 years because she has been busy launching a fashion magazine!

Vladana hinted at the type of song she is going to sing.

Vladana hinted at the nature of the yet-to-be-announced song:

“I know that life is in both black and white keys, and everyday is a brand new song – that’s why it’s interesting. We only realise what it means to fight for a life when it begins to hurt, and when the cure is the only mission.

This is my song, my cure for Europe, and for the world.”

Ah yes – she’ll love dogs and children and old people by May, just you wait.

RTCG has announced that a total of 30 songs have been submitted to compete in the Eurovision Song Contest 2022. A jury gets the final say.