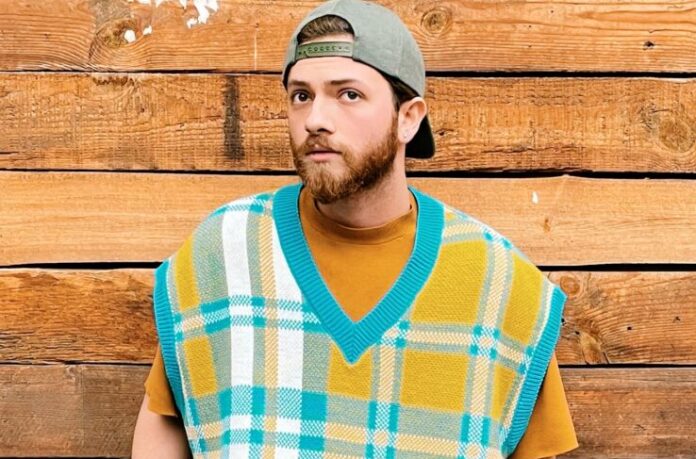 The final piece of the Eurovision 2022 jigsaw is in place. We now have 40 songs lined up and ready to compete on the Turin stage in May. Today saw the Azerbaijani song released online. Nadir Rustamli will perform ‘Fade to black’.

On 30 December 2021, İTV opened a month-long song submission period for interested composers to submit songs. Six songs were shortlisted from around 300 submissions, to be offered to the chosen artist.

The song is a return to importing talent, written by ‘Too late for love’ Swedish composers Andreas Stone and Anderz Wrethov, German 2018 national final drop-out Sebastian Schub, and Swedish Thomas Stengaard – who was one of many behind ‘Adrenalina’ and ‘El Diablo’ last year. It’s another soaring male ballad about good love gone bad – because you can never have enough of those, it seems.

Nadir Rustamli was announced for the job on 16 February 2022, during İTV’s breakfast television show.

Born in Salyan, Rustamli received piano training at the Gulu Asgarov Music School in his home town. In 2021, he graduated from the Azerbaijan University of Tourism and Management with a degree in business administration. He’s no stranger to competitions having participated in the Youthvision 2019 International Song Contest, where he finished second.

In 2021, he took part in the second season of ‘The Voice of Azerbaijan’, earning a chair turn from 2011 Eurovision winner Eldar Gasimov (he of the unusually long neck).

With all the songs now in place, OnEurope will kick off the (traditional) Countdown Review, giving you chapter and verse on each of the 40 songs. It all starts tomorrow with Albania.

Azerbaijan has participated in the Eurovision Song Contest 13 times since making its debut in 2008, after İctimai Televiziya (İTV) became an active member of the European Broadcasting Union (EBU).

İTV had broadcast the Eurovision Song Contest in previous years, purchasing broadcasting rights from the EBU. Azerbaijan was the last country in the Caucasus to debut in the contest and the first to win.

Azerbaijan won the contest in 2011, with Ell & Nikki and the song “Running Scared” setting the record for the lowest average score for a winning song under the 12 points voting system, with 5.26 points per country.

In 2018, Azerbaijan failed to advance from the semi-finals for the first time.

Voice of Azerbaijan winner Nadir Rustamli will perform ‘Fade to black’ for the country at Eurovision 2022.