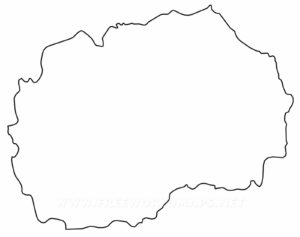 Are you a fan of ballads, or do you prefer something faster? It’s true that there’s no consensus in Europe, as we get songs of all varieties wining our favourite TV show.

Today we go down a more mid-tempo route, which in theory should suit everyone. It came from today’s birthday girl Елена Ристеска/Elena Risteska. She sang for what is now North Macedonia, but was then The Former Yugoslav Republic of Macedonia. She could have caused an international incident as in 2006 we were in Greece. They failed to give each other any points, but if you look closely, you’ll see that her country name wasn’t even shortened by an “FYR”. At least their little disagreements have eased now, but it’s fair to say that Elena made history.