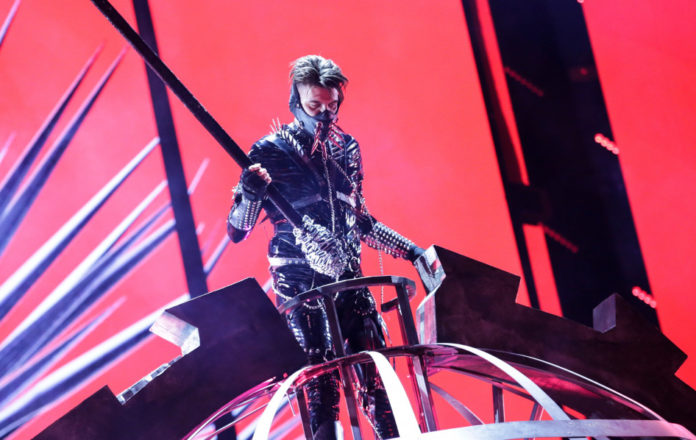 All I have to say is “ARMADILLO!!”

The hammer was back in the hands of the masked man atop the Hatari logo. Unfortunately, he had a bit of an oops moment and the end fell off! Cue guffaws from me and me alone.

The Press Centre, generally, didn’t get it. That’s not because of the makeup of the room (sexuality wise), but more because they’re representative of the average televoter. Hatari aren’t aiming for this room, though. They are aiming for either end of the bell-curve (if you will) and mobilising those demographics to get them through this semi-final.

As I said in my review of this entry, the song itself – for what it is – won’t be the point. Hatari will be the point, and everything here has been crafted around that. Nothing on stage today did anything to alter my perception.

26 August – Look back into my eyes

RÚV confirmed participation in Eurovision 2022 and closed submissions for Söngvakeppnin 2022 on October 6.